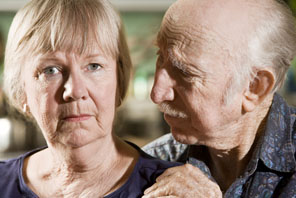 One out of eight of those over 65 in the U.S. will die from Alzheimer's within ten years. Some sooner as they are further down the progression-trail of the disease. Most of them are cared for by their adult children who are struggling to manage jobs, households, and their own family activities. In her Shriver Report, Maria Shriver says:

"The truth is, you hardly feel like you're the parent. You still feel like the helpless child. Even though your father or mother can't work, can't live alone and is as needy as a toddler, you don't feel in control or in charge. No matter who you are, how old you are, what you've accomplished, what your financial situation is-when you're dealing with a parent who has Alzheimer's, you feel powerless. And as the disease unfolds, you feel even more powerless, because you don't know what to do or what to expect."

The cost per patient for a long-term care facility exceeds $72,000 per year. Most families can't afford that care so they become caregivers day in and day out, watching the disease steal the mind and spirit of their loved one. Usually the one with the most responsibility is a wife, daughter or sister.

There is no known cure for Alzheimer's. There is research going on in the U.S., in Europe, India, Australia, and many other countries and as a result, diagnosis is more accurate. We have some drugs that improve thinking and memory in Alzheimer's patients but we don't know how to slow the disease down. It still takes every life. Alzheimer's can be inherited, but not always. And people with no history of Alzheimer's in their family can get it. The disease effects more older people, but young folks in their thirties, forties and fifties can also get Alzheimer's.

We have learned a little about prevention. Exercise that's good for the heart, foods in certain combinations, close relationships, and regular mental activity make a difference. We aren't sure why yet, but the evidence is there. One way we are trying to understand this is to look at cultures such as India, where the incidence of Alzheimer's is much lower. There are lots of painful stories from people who have Alzheimer's and from their caregivers, friends and other loved ones. Caregivers are giving up whole pieces of their lives; their jobs, time with their children, time for themselves. Many millions effected one way or another by this disease. As we are drawn in, we join the Alzheimer's Nation.

The world's leading voluntary health organization in Alzheimer's care offers training and support online and in your community.

The 36-Hour Day: A Family Guide to Caring for People Who Have Alzheimer Disease, Related Dementias, and Memory Loss

"You're Looking at Me Like I Live Here and I Don't" This film teaches us that the dementia experience is unique, lonely, and intensely personal. Dr. Victor Henderson, Professor, Stanford University School of Medicine 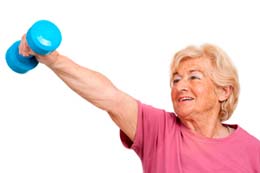 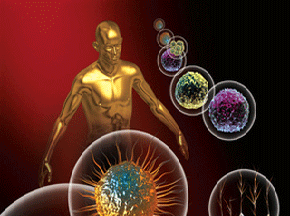 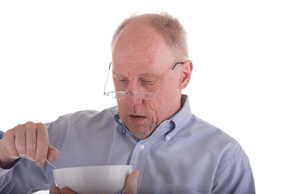